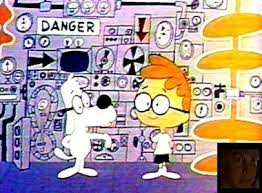 Okay, I’m dating myself here a bit, but I used to really, really LOVE my Saturday cartoons and one of my absolute favorite times was when Mr. Peabody and Sherman would step into the Wayback Machine! For a few minutes, I would be transported back to an “important” event in history and get to see what happened, or what the writers wished we could know! I learned a lot from those trips in the Wayback Machine. For example, did you know that Ponce De Leon actually found the Fountain of Youth and ending up founding a Nursery School for all the men who were so thirsty that they drank from it?
Of course, that seems silly, but in my mind as a child – it seemed plausible. It led me to want to know MORE about Ponce De Leon and this magical fountain. When the topic came up in my studies, it led to my ability to draw from past experiences and ask questions.

I would like to take you on a trip in MY PERSONAL Wayback Machine as a first grade teacher. Sadly, we aren’t going back to 1513, but only to 2011. That was the year that I had this year’s current third graders in class.

In 2011, if I had a concern about a student and felt that the student needed extra services, I contacted the parent. We met, we talked about the child’s progress. I then went to the Reading Teacher and arranged for some extra help for the student. There was no RTI process, which by the way EXCLUDES parents. There were no monthly meetings where we tried some sort of “research based” intervention while waiting to get help for the child. Within a week, with parental consent, the student was receiving help!

2011 was also the year in which I attended training about Project Based Learning. I decided that the perfect “project” for my students would be to produce and present Fairy Tale Plays. We spent many school hours reading Fairy Tales, talking about the elements of Fairy Tales, and then moved on to talking about what made a play “good” or enjoyable.

My students created scenery, memorized lines, made costume decisions as a group, rehearsed, learned to wear a lapel mic, learned about blocking on the stage, gathered props, and got ready to put on our show!

During the show, LIttle Red Riding Hood was so into character that when the wolf arrived at Grandma’s house, she wandered off the stage to pick imaginary flowers. Her parents were panicked- had she lost her nerve? Later she told them, “I was just doing what Little Red Riding Hood would have been doing.” That student still asks me “Remember when I walked off the stage, and my mom thought I got scared?”

I had the great opportunity to see my students work together! I got to see the delight and a few tears  in parents’ eyes when they watched their “shy” child stand in front of everyone to deliver lines.

I’m not saying that it was a perfect time, but it was a child-centered time. Now, my days are filled with Progress Monitoring, analyzing STAR Test data, meeting with my PLC to discuss implementing the CCSS, assessing sight words, giving timed tests to make sure they all know their addition and subtraction facts, and in general keeping my head above water.

We are so busy testing and monitoring progress that we aren’t letting KIDS be KIDS! I have to “fudge” my daily attendance reporting in order for my students to have FREE PLAY every day. I am expected to have them all reading at the exact same level at the exact same time – there is no time for Little Red Riding Hood to wander around picking flowers.

4 thoughts on “Step into my WAYBACK Machine”